TiO2 market – How are MNPs companies changing their strategies? 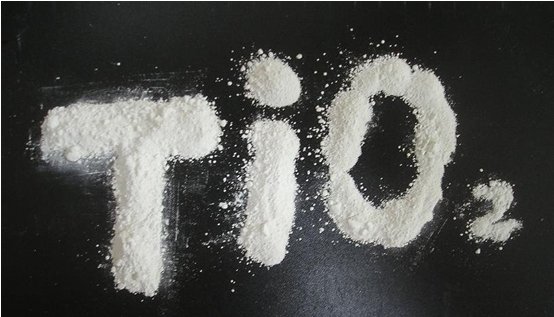 Titanium Dioxide, better known by its chemical formula “TiO2”, is one of the most important components to produce paint. While world demand has increased by 4,4% in 2016 and by 5,3% in 2017, its sourcing has become more difficult in the last years, according to Reg Adams, founder of an English agency specialized in market intelligence on TiO2, “Artikol”. In an interview on the “European Coatings Journal”, issued about two months ago, he explains the actual situation as follows.

Basically, two happenings have made TiO2 harder to get than ever: one has affected the Chinese TiO2 producers and the other has caused an impact on many European companies. In the first case, as Adams affirms, one of the major factors affecting supply, demand and prices in 2016/17 was the unexpected severity of the Chinese government’s crackdown on pollution. This resulted in the permanent closure of a number of small and medium-size plants, accounting for 300.000 t.p.a. of TiO2 pigment capacity (more than 8% of the national total). Due to these measures on air quality improvement, the largest producers have been forced to curtail their operating rates to comply with them, leading to a strong reduction in China’s TiO2 exports (about 180.000 tonnes in Q1 2018 vs. 250.000 tonnes in Q4 2017) and thus a market shortage, especially bad for Paint companies.

About the second case, Adams claims that EU authorities (…) are seriously considering a draft legislation that would require all TiO2 – containing products sold in the EU (paint, PVC window-frames etc.) to display labels on the packaging with words and icons, warning that the product contains a potential carcinogen. Therefore, after the first legal pathways in the EU Commission this year, the labeling directive would then begin to take effect in 2019. All European paint manufacturers – and other TiO2 pigment users – are fearful that the public will be unnecessarily worried about the new labeling regime, resulting in falling sales, rising costs and a widening gap between consumer expectations and actual product performance. Anyway, Adams also talks about a positive aspect for TiO2 producers: in fact, United States and Canada are not considering legislation on product labeling that would adversely affect TiO2, at least for the moment.

To sum up, the current (and future) outlook for Paint producers who need TiO2 is not the best one. However, the advanced technologies designed by Alfa can help Paint manufacturers to find a solution. How? The answer is the Master System, a natural evolution of traditional Tinting Systems.

Currently, Tinting Systems allow manufacturers to produce colored Paint starting from multiple bases for any single quality of paint, each of them containing different amounts of TiO2. The compromise of this technology is the fixed amount of TiO2, which leads to an extra consumption of colorants to “cover” its excess or extra white colorants to “fill” its lack.

The Master System eliminates the need of multiple bases, introducing the concept of “virtual bases” by dispensing a TiO2 Slurry into a single neutral paint called Master. This neutral paint is prefilled in factory and finished at the POS with the exact amount of colorants and TiO2 Slurry, resulting in significant savings of both. This process allows to formulate directly at the POS, optimizing the use of all components while maintaining quality, color and hiding power constant across the whole color range. Alfa owns the know-how and has developed the tools needed to implement this technology, starting from Paint manufacturers’ paints and formulas.

If you wish to receive more information about Alfa Master System, please contact us at info@alfadispenser.com or by filling out this form.

Link to the article on the “European Coatings” online magazine: https://bit.ly/2NmUCVK